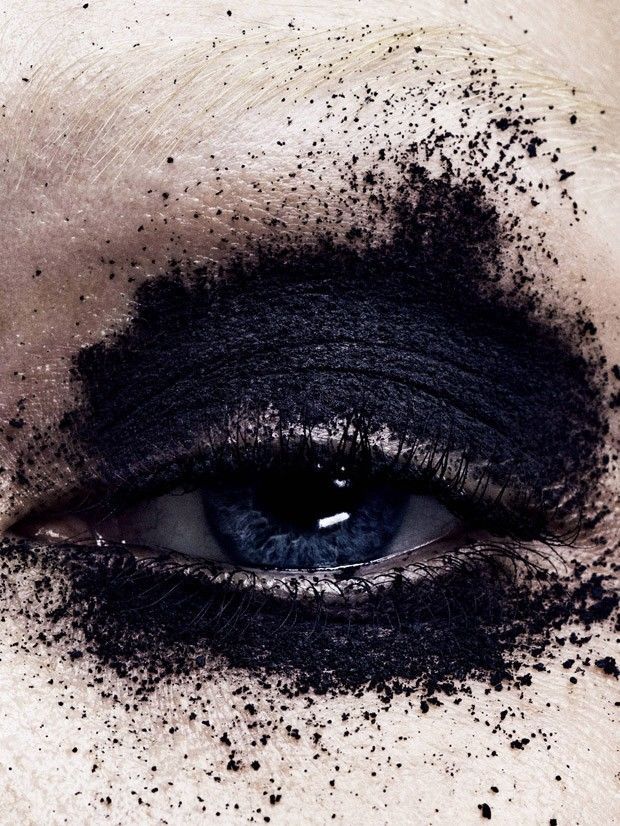 In addition to smudged and glossy liner and shadow looks, this dramatic editorial also highlights makeup applications that appear to have been stenciled on -- a snakeskin eyeshadow print is one of the editorial's most eye-catching examples of the season's experimental cosmetics.