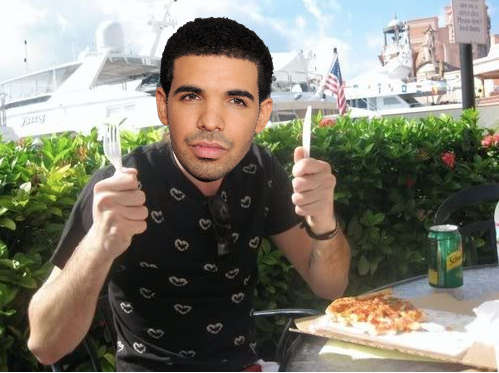 Alyson Wyers — August 21, 2013 — Pop Culture
References: drakethetypeofniggathat.tumblr & buzzfeed
A new Drake Tumblr has emerged hypothesizing on the celebrated rapper's behavior. Taken directly from tweets, Facebook updates and World Star comments, it would not appear that Drake is the kind of guy who can laugh at himself. The suggestions are oddly specific and utterly hilarious.

From eating pizza with a knife and fork, to drying his hair with a towel turban, a portrait of a sensitive and socially awkward man emerges. As all posts come directly from social media sites, rather than from a blogger's brain or creative submissions, an alarmingly honest view of the celebrity is evident.

Avid pop culture fans and rap enthusiasts are sure to delight in this humorous Drake Tumblr blog. If you need a break at school or work, it's well worth taking a look.
0.5
Score
Popularity
Activity
Freshness