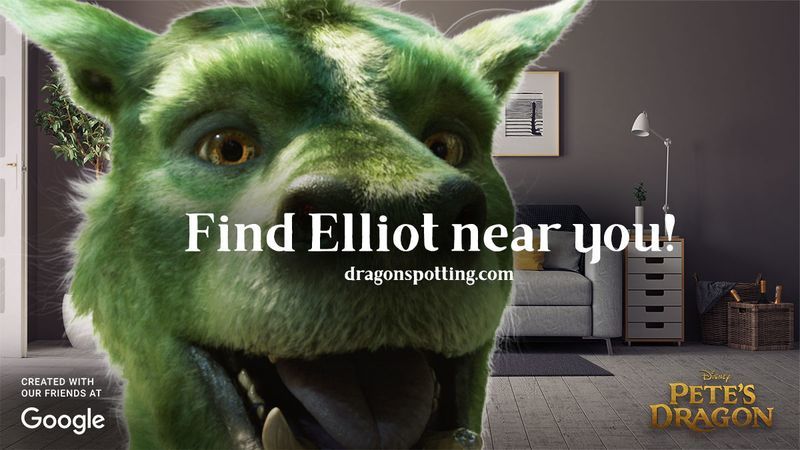 Joey Haar — August 12, 2016 — Pop Culture
References: dragonspotting & theverge
Dragons might be the stuff of fancy, but with the 'Dragon Spotting' AR game, they can feel like reality. The collaboration between Google and Disney is a promotional stunt for 'Pete's Dragon,' the remake of 1977 live-action and animation film of the same name.

Since the original 'Pete's Dragon' featured a cartoon dragon interacting with a live-action world, the 'Dragon Spotting' AR game is especially appropriate. In the game, kids hold their phone up to everyday objects in and around their home -- for instance, a couch -- to find where the animated Elliot the dragon is virtually hiding.

The game uses Google's 'Cloud Vision' technology to place Elliot within the space on the phone's screen, making it look as though he's trying to hide behind a couch or any other object.
2.6
Score
Popularity
Activity
Freshness