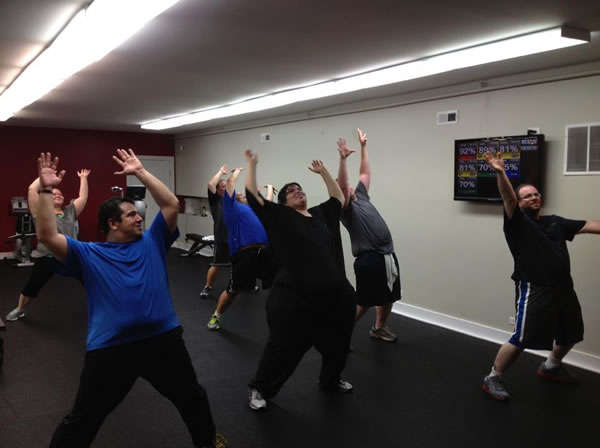 Downsize Fitness Admits Only People 50 Pounds and Over Overweight

Meghan Young — January 28, 2013 — Lifestyle
References: downsizefitness & neatorama
Share on Facebook Share on Twitter Share on LinkedIn Share on Pinterest
Downsize Fitness operates like a women's only gym, except in this case it targets people who are 50+ pounds overweight. Essentially, it creates a safe haven for those who are looking to lose weight but are self-conscious of their appearance, efforts or both. Downsize Fitness acknowledges that it can be intimidating to work out next to people as buff as Jillian Michaels and Bob Harper.

The brainchild of Thirty-nine year old Francis Wisniewski, Downsize Fitness currently has branches in Chicago, Las Vegas and Dallas. Inspired by hit television show 'The Biggest Loser,' Downsize Fitness does more to motivate members as well as ensure they don't feel bad about themselves aside from barring skinny individuals. As written on its website, "The facility has no mirrors lining the walls, and the windows are frosted so that passers-by cannot look inside. The machines are also specifically designed to suit those who are chronically overweight and obese."
0.9
Score
Popularity
Activity
Freshness
Get Better and Faster