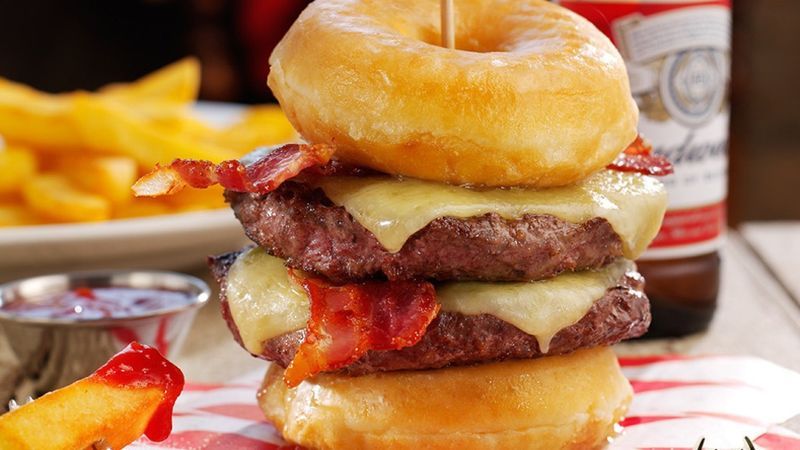 Alyson Wyers — November 12, 2014 — Lifestyle
References: hungryhorse & mashable
Share on Facebook Share on Twitter Share on LinkedIn Share on Pinterest
If you are looking for a ridiculously unhealthy cheeseburger, the Double Donut burger replaces the standard sesame seed bun with glazed donuts. The bacon double cheeseburger from UK-based pub chain Hungry Horse contains a whopping 1966 calories in one sandwich. Just for reference, that accounts for 98% of a woman's caloric intake for the today and 79% of a man's.

The Double Donut burger is described as "so wrong it's right," which is resulting in some backlash. However, all the nutritional information is available on the Hungry Horse website, as a Hungry Horse representative pointed out to Mashable, so consumers can make an informed decision.

Either way, no one can debate how delicious this monstrosity of a burger looks.
1.8
Score
Popularity
Activity
Freshness
Get the 2021 Trend Report FREE