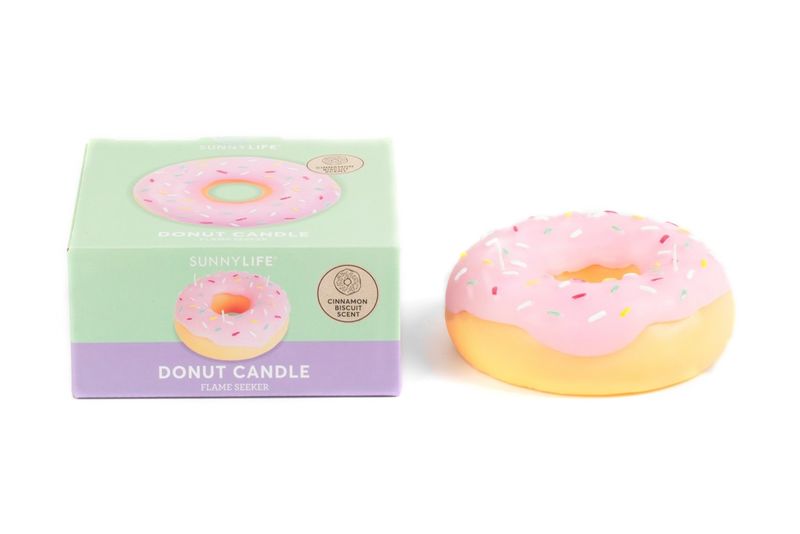 Multiple wicks are featured on top of the candle along with faux sprinkles, and it's 15-hour burn time means that it can be enjoyed over the course of a few weeks if used sparingly. Each of the donut candles come in a box that's almost equally aesthetically pleasing, with pastel hues of green and lilac marking it, along the name of the product in simplistic lettering, and an image of the candle that's contained inside of it.

Due to its delectable look, its strong scent of freshly baked cinnamon biscuits, and the beautifully crafted box that it comes in, Sunnylife's donut candles function as the perfect gift, or a treat for oneself.
1.3
Score
Popularity
Activity
Freshness
View Innovation Webinars