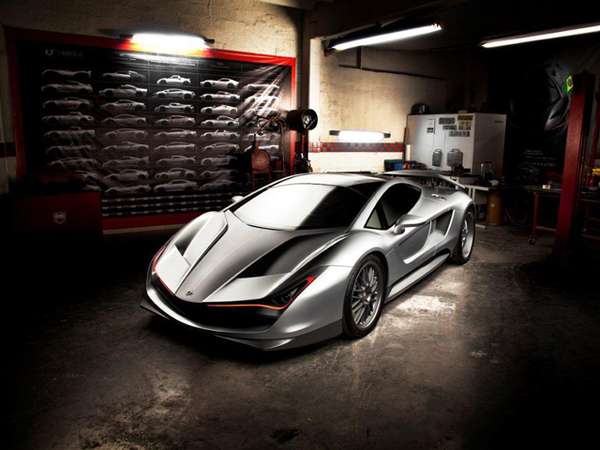 Michael Hines — June 6, 2012 — Autos
References: donirosset.blogspot & carbuzz
Share on Facebook Share on Twitter Share on LinkedIn Share on Pinterest
Brazil may not be known for its automobiles, but that could all change once the DoniRosset supercar launches. The DoniRosset, formerly the Amoritz GT DR7, was created by a collaboration between entrepreneur Denis Rosset and Brazilian designer Fernando Morita. The supercar is powered by an 8.4-liter Dodge Viper engine converted to run on ethanol.

Thanks to its twin-turbochargers, the DoniRosset supercar has an estimated 1,007hp, with seating for three. The vehicle's seating layout is unique, with the driver sitting in the middle of the car, flanked on both sides by passenger seats. The car was originally designed as a one-off for Rosset's father, but after a clay model was shown, there was enough interest generated to fund a 50 model run. Each DoniRosset will sell for about $2 million, with no release timetable currently set.
3.3
Score
Popularity
Activity
Freshness
Attend Future Festival