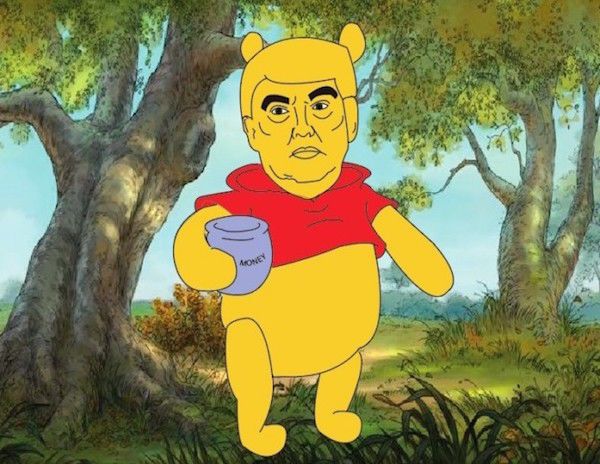 Riley von Niessen — July 25, 2016 — Pop Culture
References: buzzfeed & designtaxi
Share on Facebook Share on Twitter Share on LinkedIn Share on Pinterest
There's been more than few creatives who've designed their own Donald Trump parody in response to the Republican candidate's controversial rhetoric in the media. With this in mind, professional artists and amateur meme-makers alike have been recreating the figure through their own means.

A reoccurring theme seems to be depicting the candidate as iconic Disney characters however, which recently Buzzfeed exposed. Despite the fact that 'Saint Hoax,' an imaginative digital artist, has already created Disney crossovers in a humorous Donald Trump parody before by representing him as movie villains, the continuation of the theme shows that artists aren't growing tired of the concept.

In these recent depictions, Donald Trump is shown as a stern-faced Winnie the Pooh, Pinocchio caught in a lie, the deceptive Caterpillar in Alice and Wonderland and as Tweedle Dee and Tweedle Dum.
5.6
Score
Popularity
Activity
Freshness
Get Better and Faster