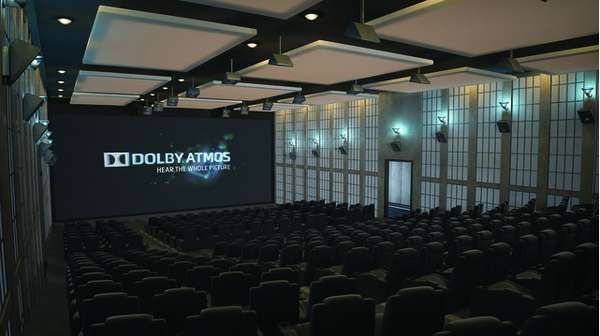 Meghan Young — April 26, 2012 — Tech
References: dolby & theverge
Share on Facebook Share on Twitter Share on LinkedIn Share on Pinterest
The Dolby Atmos audio system will bring more natural sounds to movie theaters around the world. It uses a process dubbed adaptive rendering, which helps to direct sounds to simulate specific situations in the film being watched. For instance, if in a particular scene an actor is captured in a car while on a rainy day, the Dolby Atmos system will make it sound as if the rain is actually coming from above.

Launching later this year in the United States, Europe, China and Japan, the Dolby Atmos system is capable of transmitting up to 128 simultaneous and lossless audio inputs on up to 64 discrete speaker feeds. Pair it with the D-Box theater seats and movie-goers might as well be in the film.
2.1
Score
Popularity
Activity
Freshness
Jeremy Gutsche Keynote Speaker