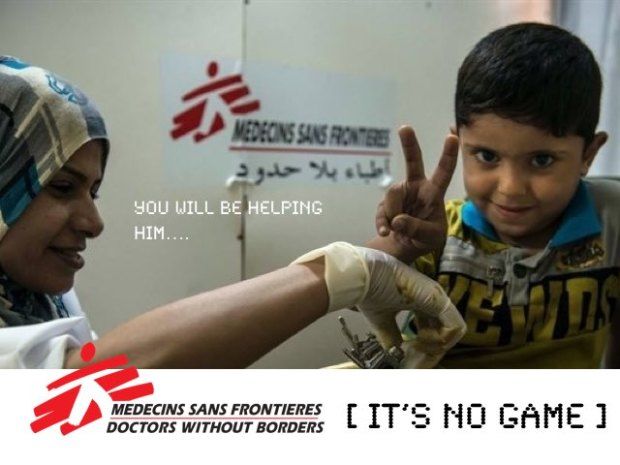 Katherine Pendrill — July 6, 2016 — Tech
References: indiegogo
Share on Facebook Share on Twitter Share on LinkedIn Share on Pinterest
Rosie Garthwaite recently launched an Indiegogo campaign for a digital game based on the work of Doctors Without Borders. Unlike other games that focus on violence and destruction, this game gives players the chance to step into the shoes of a humanitarian worker and create positive change in a virtual world.

The Doctors Without Borders game is a mobile application that recreates the experience of a humanitarian worker who is on the frontline of deadly war zones, natural disasters and global epidemics. Similar to games such as The Sims or Plague Inc., strategic game play is required to make decisions about how to solve different issues while battling external forces. There are many different characters to choose from, giving players the opportunity to take on the role of a doctor, logistics specialist or communications officer.

The idea behind the Doctors Without Boarders game is to move beyond virtual storytelling to "give people a real insight into what's like to be part of an MSF team working under extreme conditions." There is even a 'donate' button built directly into the game so that players can make a real difference.
4.9
Score
Popularity
Activity
Freshness
Get the 2021 Trend Report FREE