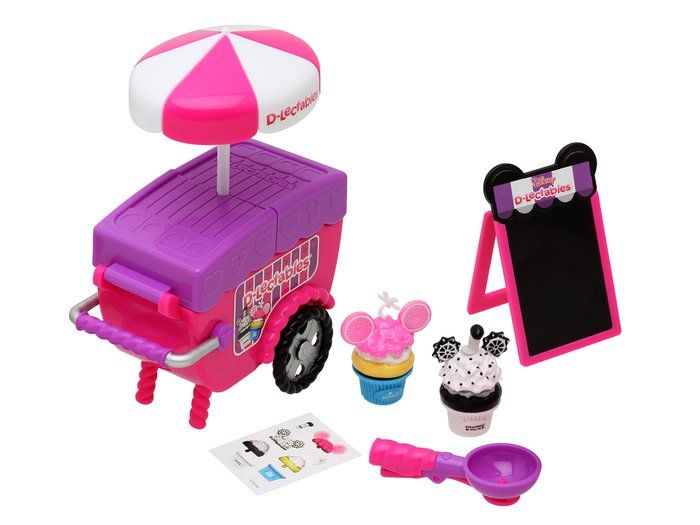 Laura McQuarrie — February 26, 2018 — Life-Stages
References: shop.imperialtoy & foodandwine
Share on Facebook Share on Twitter Share on LinkedIn Share on Pinterest
Imperial Toys' D-Lectables are confectionery toys that can capture the essence of various Disney characters. The toys take the form of cupcakes, milkshakes and ice cream cones, each of which can be mixed, matched and stacked to create entirely new and imaginative creations.

The toys are sold in single blind packs, themed packs, as well as playsets that encourage the assembly of unique configurations. Fans will be able to recognize the various Disney characters by certain toppings, such as wafers that resemble mouse ears, as well as other details that remind of familiar hats, tails or fairy wings.

The newest additions to the line of D-Lectables includes six new characters, such as ones inspired by Mushu from Mulan and a special Steamboat Willie cupcake that celebrates the cartoon's 90th anniversary.