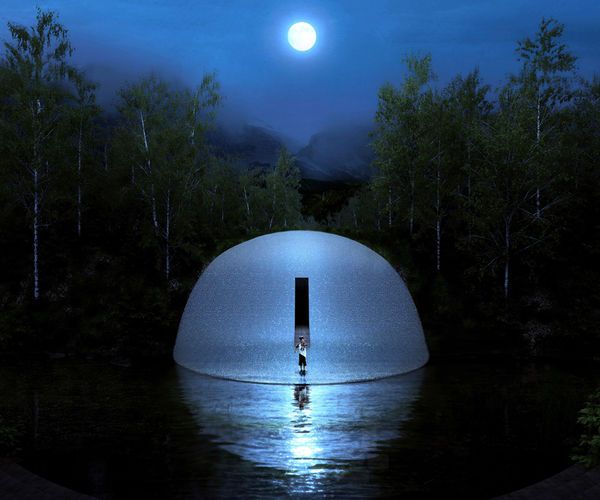 This Design by DL Atelier Looks Like a Lunar Theater

Jamie Danielle Munro — April 24, 2014 — World
References: dl-atelier & designboom
Share on Facebook Share on Twitter Share on LinkedIn Share on Pinterest
This stage design set in China by DL Atelier resembles the moon when lit up at night. Everything was created to give this optical illusion, as during the day the stage does not have much of a lunar resemblance.

The project was done after a school teacher approached the architectural firm, asking them to build a stage for them that would also incorporate the beautiful natural surroundings. Because of these requests, DL Atelier chose the riverside for the setting with the mountains and moon as a backdrop. In the end, the stage will be used for a children's orchestra from the nearby village, allowing both parents and everyday people alike to come and listen to stunning music by the youth of the area.