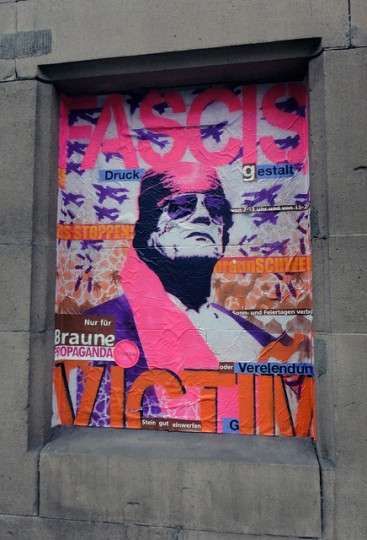 The Dissidents: A Group Show collection is meant to raise awareness for the many dissidents, past and present, who strive for political and social equality within a particular region or culture. The artists behind the exhibit are just as politically charged as their artwork. Alias, a subversive street artist, uses loaded imagery and mindful aesthetics in his murals while keeping in mind political and social activities that break the boundaries of restriction within a specific region or culture. Another artist known as SP38 mixes silkscreen and paint to create controversial statements which are related to political and social events of their time.

These artists, along with many others, try to convey truth and challenge boundaries while driving a message in to the consciousness of observers.
3.2
Score
Popularity
Activity
Freshness
Attend Future Festival