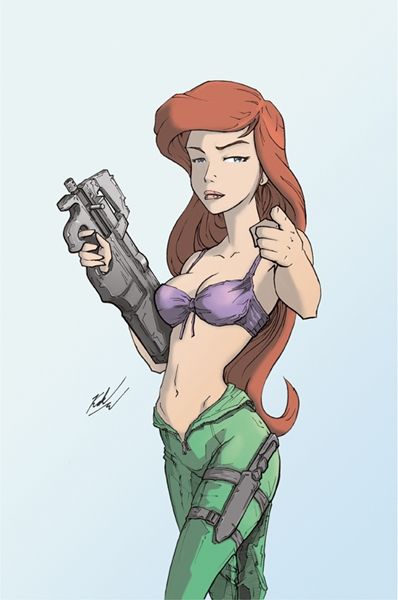 These Disney Princesses Illustrations are Fierce and Feminine

Titled ‘Kill Team Princesses,’ the Disney princesses illustration series features princesses like Ariel from The Little Mermaid, Belle from Beauty and The Beast, Princess Jasmine from Aladdin, Mulan and Pocahontas. But instead of being saved and waiting for Prince Charming, these badass princesses are portrayed as dangerous characters with a license to kill.

In his fantasy art series, Kok is still able to portray the pretty princesses as feminine and elegant but what makes this artwork so special is he is also able to give then a tough look with weapons and not lose the essence of their characters.
6.9
Score
Popularity
Activity
Freshness
Access Advisory Services