Sci-Fi Cartoon Board Games
Next
Set of
Related
Ideas 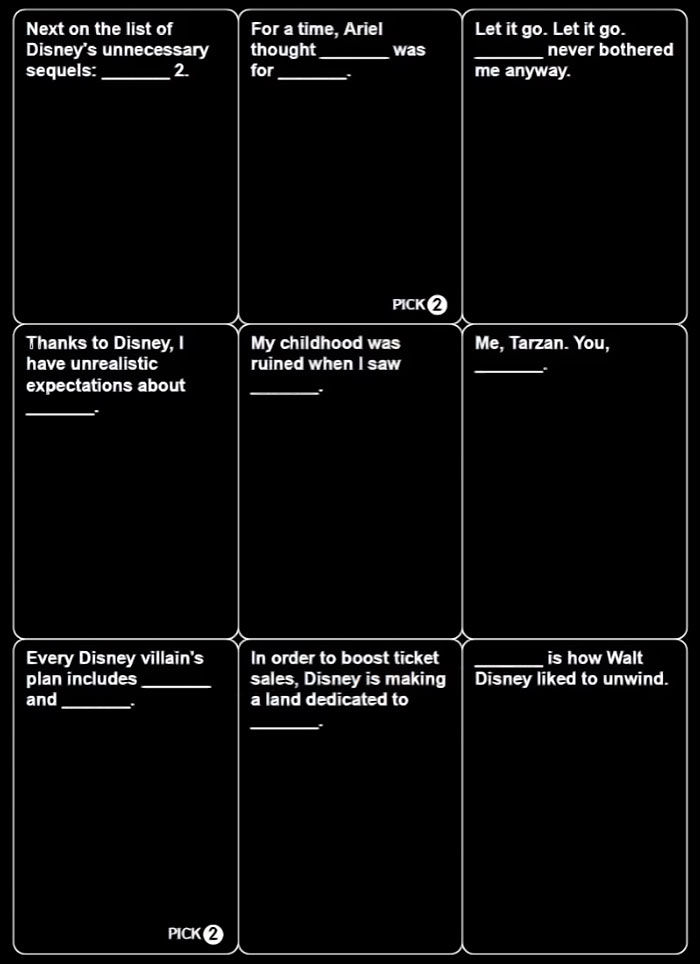 There May Soon be a Disney Cards Against Humanity Game

According to rumors on the Internet, the Cards Against Humanity brand posted a range of Disney themed cards on its Facebook page before quickly taking it down. Those who viewed the post passed around screenshots of it, which reveal Disney-themed captions created by the risque game. With quotes like "Thanks to Disney, I have unrealistic expectations about _____," and answers like "Donald Dick," the game is sure to be one that piques the interest of adult Disney fans.

The Disney Cards Against Humanity game, if released, will turn this seemingly innocent world into one that is much more adult-friendly.
3
Score
Popularity
Activity
Freshness
Get Better and Faster