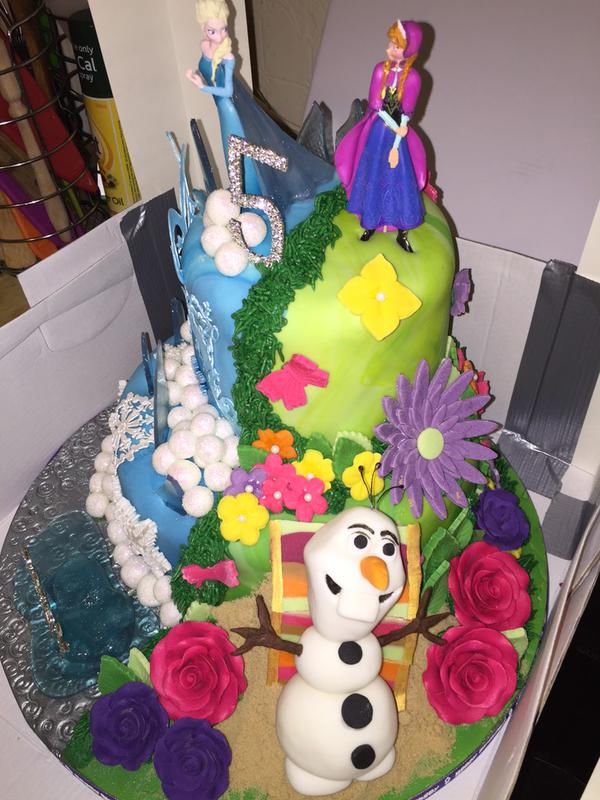 This Disney Cake is Inspired by the Characters of Frozen

Alyson Wyers — December 26, 2014 — Lifestyle
References: twitter & thatsnerdalicious
This Disney cake is inspired by their popular 2013 film Frozen. Approved by the Disney Food Blog, the Frozen cake was tweeted by Julesb1982 on Twitter.

The tiered cake has a dual personality, with one side representing Elsa and the other representing her little sister Anna. Queen Elsa's side is blue and winter themed with snowball and snow flake detailing, where as Anna's features aspects of an Arendelle summer. This half has rolling green hills, colorful flowers and even a sunbathing Olaf on a patch of sand.

The Disney cake was clearly created for a child's 5th birthday, a princess named Ruby. While it is certainly difficult to replicate, the Frozen cake could serve as inspiration for your own.
2.4
Score
Popularity
Activity
Freshness