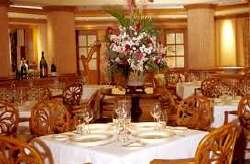 Going Like Sixty — January 6, 2008 — Unique
References: miamiherald & miamiherald
The most kid-friendly place in the World, Walt Disney World, is banning children from it's most upscale restaurant. The Victoria and Albert's restaurant in the Grand Floridian Resort, which boasts a AAA five diamond rating.

The decision to ban kids under 10 came after a series of patron surveys that revealed diners wanted a more sophisticated ambiance. Prices at the posh place start at $125 per person.

Implications - With prices like that, only those with a lot of cash would dare bring their family to the restaurant. In fact, only three families had ever brought their kids before the ban took effect. To enter the classy eatery, men must wear jackets and women must wear a dress or pantsuit. Victoria & Albertâ€™s offers live harp music and a seven-course meal that last up to three hours.
2.9
Score
Popularity
Activity
Freshness