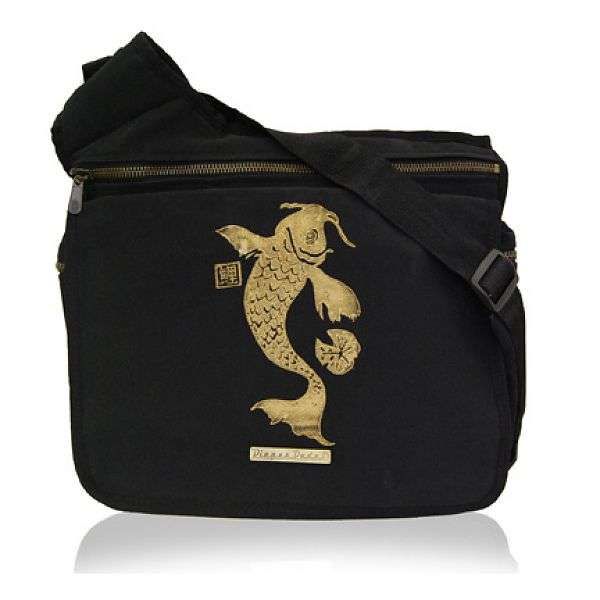 To help these dads connect, the makers of the Diaper Dude (which we featured last year), have launched a website with resources, communication tools, an advice section called Ask the Dude, and a video channel called DadTube.

Founder Chris Pegula launched the brand after the birth of his first of three children when he was frustrated that all baby bags and accessories were geared towards women. He was inspired to turn "feminine-style diaper bags into ones that dads would want to carry."

"Instead of carrying his baby-stuff around in a gym bag or backpack, Pegula created The Diaper Dude for dads. By merging hip styles with functionality, The Diaper Dude appeals to image-conscience men everywhere looking for ease of use."

"To date, he has helped hundreds of dads get into the groove of parenting by approaching fatherhood from a fun, realistic and relaxed perspective."

The online store includes everything from the original Diaper Dude bags to baby clothes even guys would enjoy shopping.