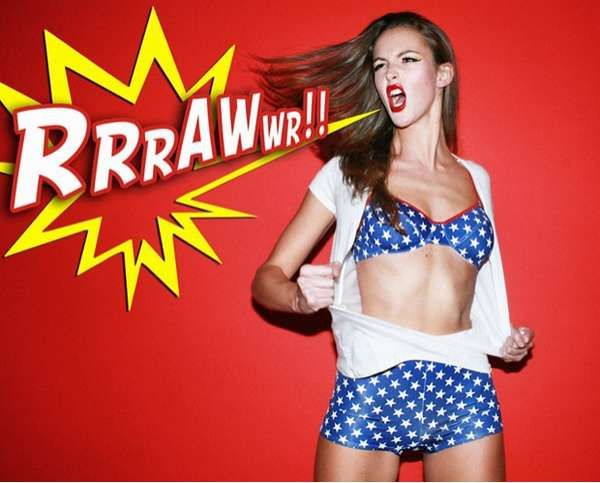 Meghan Young — October 10, 2011 — Naughty
References: johannabrinckman.tumblr & fashionising
Share on Facebook Share on Twitter Share on LinkedIn Share on Pinterest
For those of you who were sorely disappointed when it was announced that the TV reboot of 'Wonder Woman' was canned, the Diana Prince photo series will surely appease you until another attempt is made. Considering the huge popularity of such movies as 'Captain America,' 'Thor' and 'Iron Man,' it only seems natural that such superhero story lines are still influencing many industries, including the fashion one.

Superhero Swimsuits
This Wonder Woman Beachwear Will Give You Superhuman Strength