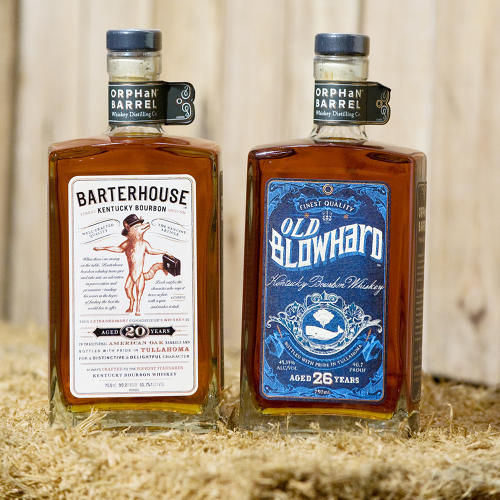 The Diageo Orphan Barrel Line is Made Using Abandoned Alcohol

Meghan Young — June 28, 2014 — Lifestyle
References: diageo & fastcompany
Share on Facebook Share on Twitter Share on LinkedIn Share on Pinterest
The Diageo Orphan Barrel line is made for liquor connoisseurs and curious souls alike. It is made using "forgotten, 20-year-old whiskey that had been pulled from the historic Stitzel-Weller distillery’s rick house," reports Fast Company. Aged to perfection, at least that would be the general thought, the executives behind the world’s largest distiller made the decision to bottle the whiskey.

Although a small batch, the Diageo Orphan Barrel line is made up of Barterhouse, a 20-year-old whiskey, a 26-year-aged Old Blowhard and an upcoming one called Rhetoric. Although the quality might be up for debate, one thing that is undeniable is the story behind such drinks. The Diageo Orphan Barrel line provides a narrative that many will appreciate, especially as they share the bottle with friends and family on a warm summer night.
4.8
Score
Popularity
Activity
Freshness
View Innovation Webinars