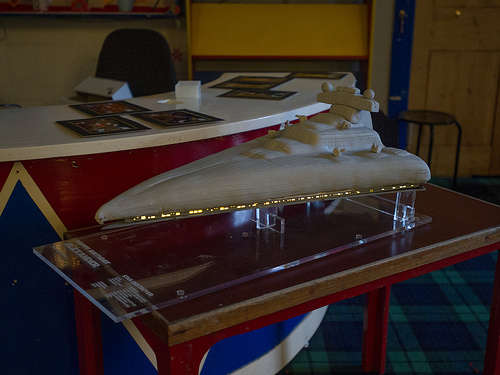 Not only does the cake look star-destroyingly delicious, but it even lights up. The effect was accomplished by building a LED-embedded base that the cake was then placed on top of. The thrusters on the back light up too, and were accomplished by 3D printing, like so many other models these days.

If you want to attempt your own Star Destroyer cake, Wood has made the 3D files available for download from his Flickr site. The destroyer cake portion was put together by Pouchkines, which is a Surrey-based bakery.