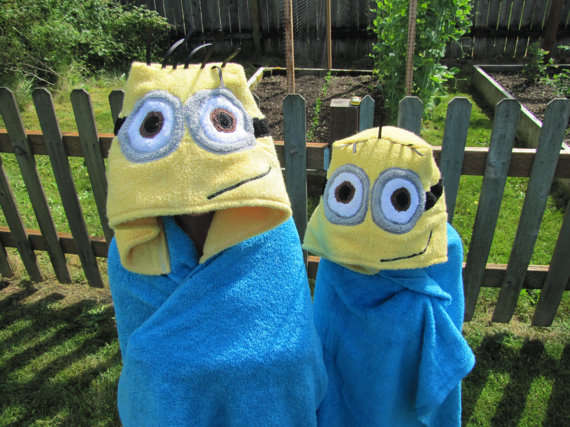 These Despicable Me Costumes are Perfect for Drying Off Tiny Minions

This particular ensemble is created from a traditional terrycloth fabric. The costume's body acts as a towel, wrapping around its tiny wearers to help them dry off after a refreshing dip in the pool. The towel comes with a yellow hood, complete with cartoon eyes and a cheeky grin. When the hood is up, it looks like the kids wearing this towel costume are, in fact, minions from Despicable Me.

The combination of creativity and functionality prevalent in this creation makes this minion towel the perfect addition to kids' poolside fashion. With Despicable Me maintaining its status as one of the most popular children's film franchises of recent years, kids wearing this minion towel creation will be the talk of every pool party and beach vacation.
3.7
Score
Popularity
Activity
Freshness
View Innovation Webinars