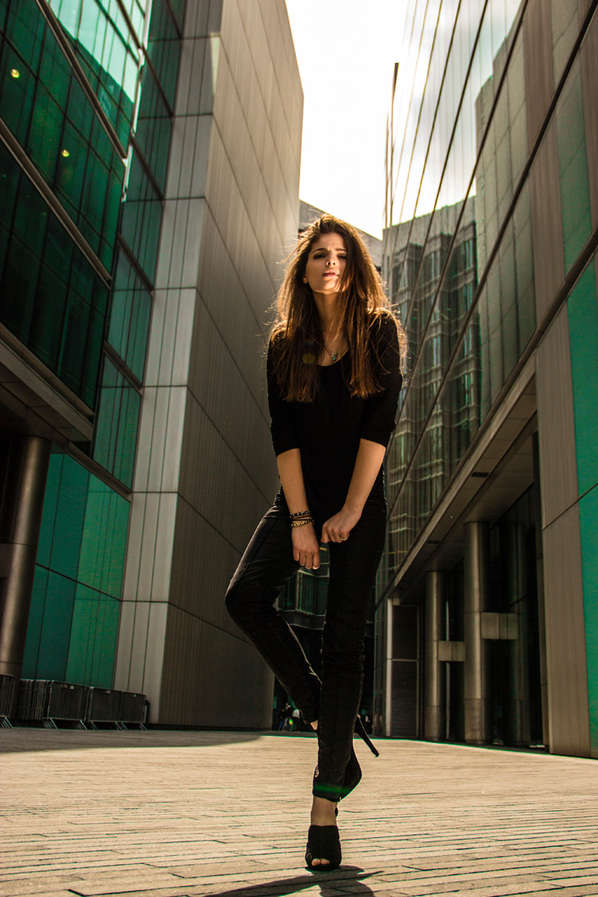 Prominski uses mostly natural light which highlights the use of a real un-staged city as a backdrop and Rioja’s organic addition to this city. Instead of using a meticulously planned backdrop, Prominski used an urban landscape to create a sense of naturalness while making a statement about urban life. Rioja seems dwarfed by the skyscrapers around her and isn’t seen with any other pedestrians. This creates the feeling that Rioja is isolated by the city from the rest of the world.

Prominski has created a true work of art with his ‘Under the London Sky’ series. This Design Scene editorial is captivatingly melancholy and is sure to evoke emotions from even the most heartless of viewers.
4.9
Score
Popularity
Activity
Freshness
View Innovation Webinars