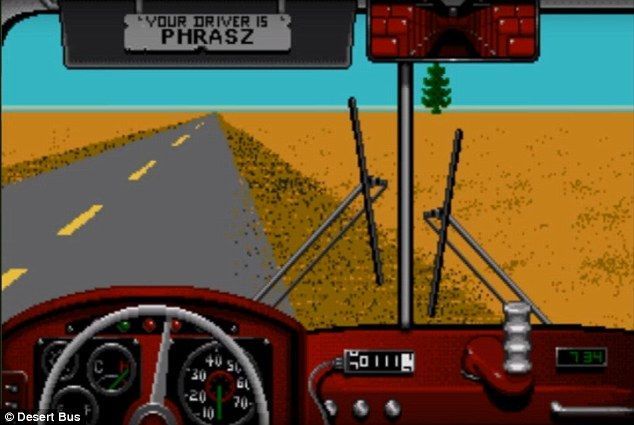 The Desert Bus Game Can Now Be Played in Virtual Reality

Rahul Kalvapalle — January 21, 2016 — Tech
References: desertbus.org & dailymail
Share on Facebook Share on Twitter Share on LinkedIn Share on Pinterest
The game Desert Bus has been praised by many for its simplicity and derided by many others as being the worst and most boring game in the world, but the latter won't have a case anymore once they try out the new virtual reality version of the game.

Indeed Desert Bus is being made available as a new version that will work with the Oculus Rift and Playstation VR virtual reality formats. The game retains its original concept, which requires players to drive a bus from Tucson, Arizona to Las Vegas, Nevada and keep the bus on the road. Like the original, this game requires players to play for eight hours straight, although it's now a whole lot more fun in immersive virtual reality.

If you wonder how anyone could have liked such a game in the first place, it's important to note that Desert Bus has long been used to raise money for charity -- only now money will be raised in virtual reality to make a real-world difference.
2
Score
Popularity
Activity
Freshness
Access Advisory Services