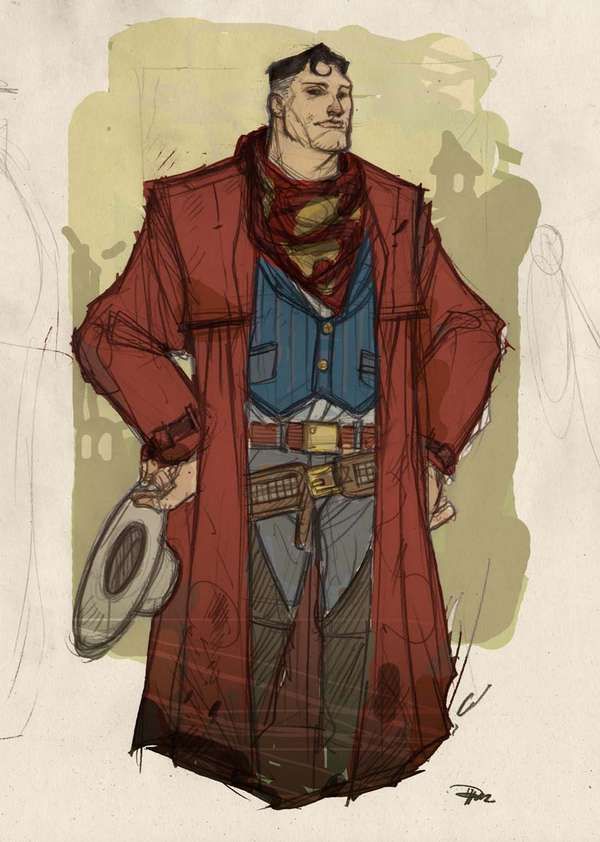 Jason Soy — August 3, 2012 — Pop Culture
References: denism79.deviantart & herochan
Share on Facebook Share on Twitter Share on LinkedIn Share on Pinterest
Denis Medri is among the top artists when it comes to reimagining superheroes in different contexts, and in his latest series, he’s depicted DC Comics’ Justice League with a western motif. Superman, Batman and Wonder Woman are now cowboys and cowgirls, while the likes of Green Lantern, Green Arrow and Flash fill other roles in a Wild West town.

What’s especially great about these Denis Medri redesigns is their fidelity to each character. Superman is still the straight-laced boy scout, dressing dapperly as if to provoke attention, while Batman looks like a disheveled renegade mess that you wouldn’t want to cross in a dark alleyway.

Medri is definitely on a roll with these new interpretations of established heroes and I greatly anticipate his upcoming projects, whatever they may be.