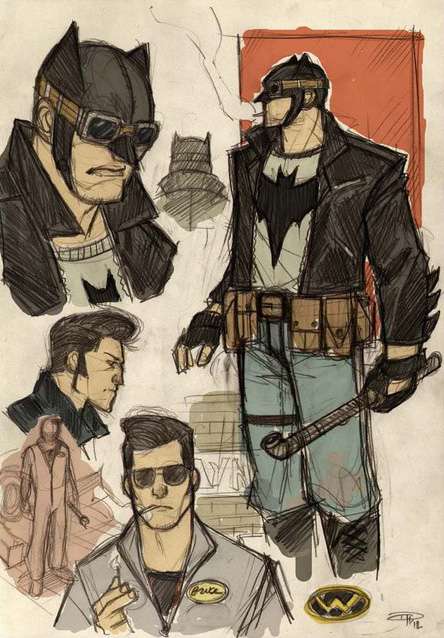 Jason Soy — June 1, 2012 — Pop Culture
References: denism79.deviantart & geek-art.tumblr
Share on Facebook Share on Twitter Share on LinkedIn Share on Pinterest
Batman’s changed his fashion sensibilities multiple times to reflect contemporary styles, but these Denis Medri illustrations of The Caped Crusader may just be my favorite interpretation of the vigilante. Taking the Dark Knight a few decades back, Medri depicts Bruce Wayne and his circle of friends and foes in the rockabilly era. Slicked back hair, letterman jackets, hotrods, roller skates and Batman all in the same place? Sign me up.

Keeping within the rockabilly theme, Denis Medri retcons Bruce Wayne’s history and turns the billionaire into a hulking mechanic that you would not want to cross. And his rendition of Catwoman, who looks like Bettie Page in a corset and cat mask, is the epitome of vintage sexiness.