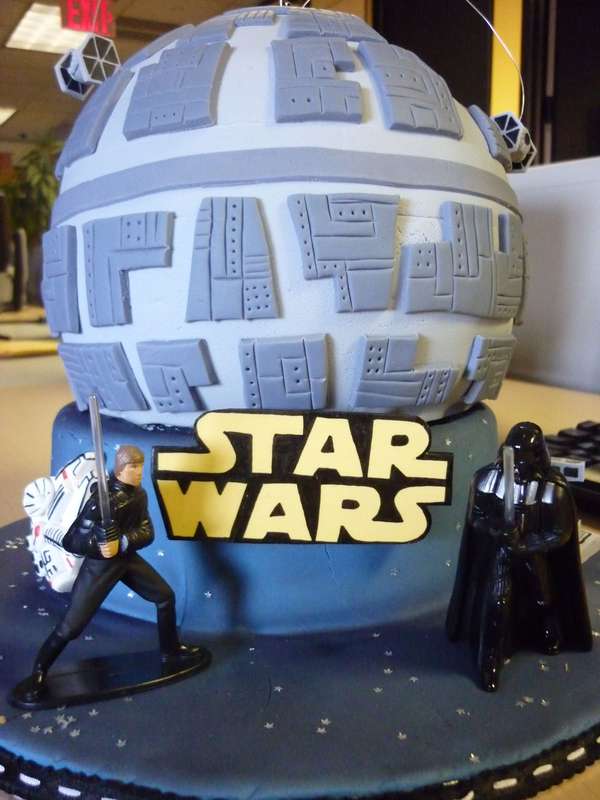 Matt Ho — August 10, 2011 — Lifestyle
References: dvice & pastrytalk
With so many costumes, toys and gadgets based off Star Wars, I'd say the next best thing is this scrumptious looking Death Star Cake baked by Rachel Linhart.

As a refresher, the Death Star was a space station in Star Wars that's capable of destroying a planet in one blow. Linhart has recreated this monstrous creation in a friendlier form that's also very edible. The Death Star Cake replicates the one from the movie in every way from the colors to the main design. The part where the laser is supposed to shoot out even lights up! Not a bad way to entertain the kids and adults who are in love with the movie franchise. Plus if you eat it, you can always say that it's the Death Star after it was destroyed.
3
Score
Popularity
Activity
Freshness