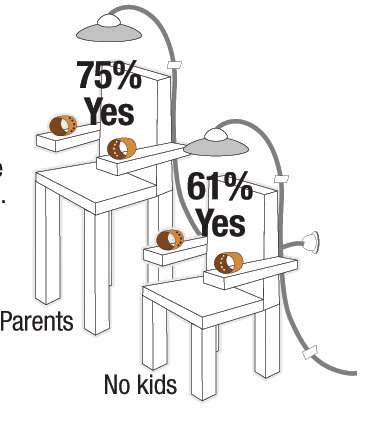 Courtney Scharf — July 3, 2012 — Pop Culture
References: sodahead & nyasianoutcall
This 'Death Penalty' infographic details the way in which attitudes toward capital punishment are changing and are influenced.

Surveying attitudes both within the United States and beyond, this is a fairly comprehensive infographic which focuses on attitudes about the issue rather than consequences. Highlighting points of influence including whether an individual is a parent or not, this sharp chart points out where people's views on this high-profile issue differentiate. Breaking down attitudes in terms of political affiliation as well, this content brings attention to the the polarizing nature of capital punishment as an issue.

The stat-filled chart, which was motivated by the upcoming 2012 vote on the issue in California, is well-timed and sure to pique the interest of those who are invested in this highly contentious subject.
0.8
Score
Popularity
Activity
Freshness