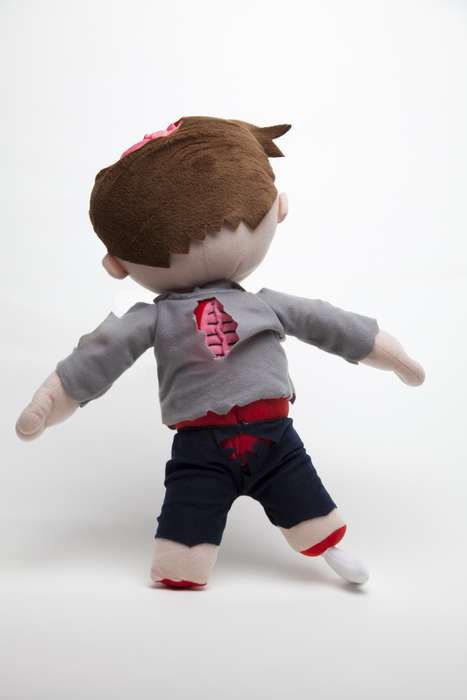 ‘Dead Ted' The Zombie Doll is Dying to Play With You

Deborah Kim — July 12, 2011 — Unique
References: stuffless & thinkgeek
Share on Facebook Share on Twitter Share on LinkedIn Share on Pinterest
The best thing about ‘Dead Ted’ is that he is a part of a zombie plush collectible line of stuffies. These incorporeal beings are made in an animated plush, so there is no need to shy away for those of you terrified of the rumored impending zombie apocalypse. The toy itself comes with a removable eye, clothes and interactive squishy brain matter.

Each toy comes with a story and written history about them, describing their medical history, their background, current condition and likely prognosis. “[Dead Ted was] admitted after receiving a bite from a homeless man he was attempting to give money to,” states the company that created this interesting character. Although his wounds seem severe, his prognosis states that his healing time should be within 5-7 days. So, even though ‘Dead Ted’ may be that way when you purchase him, you could probably clean him up a bit. Zombie apocalypse theorists and rejoice, because there is now one less zombie in town to worry about.
3.7
Score
Popularity
Activity
Freshness
Attend Future Festival Virtual