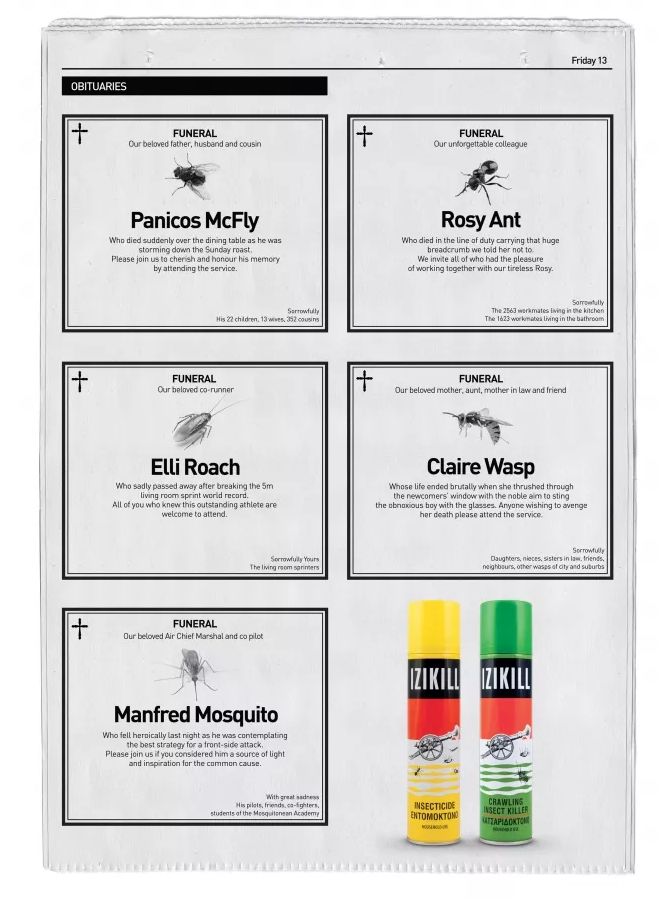 The short newspaper entries include posts for insects like Elli Roach, who died after making a heroic "5m living room sprint," or Rosy Ant, who was carrying a piece of food that she was advised against carrying in the presence of people. Each of these insects is celebrated as a funny, fully-developed character, which helps to boast the effectiveness of this deadly Izi Kill Insecticide. On the entry for Panicos McFly, it's noted that he left behind 22 children, 13 wives and 352 cousins when he was hit with the killer spray of the insecticide while feasting on items on the Sunday dinner table.
2.2
Score
Popularity
Activity
Freshness
Access Advisory Services