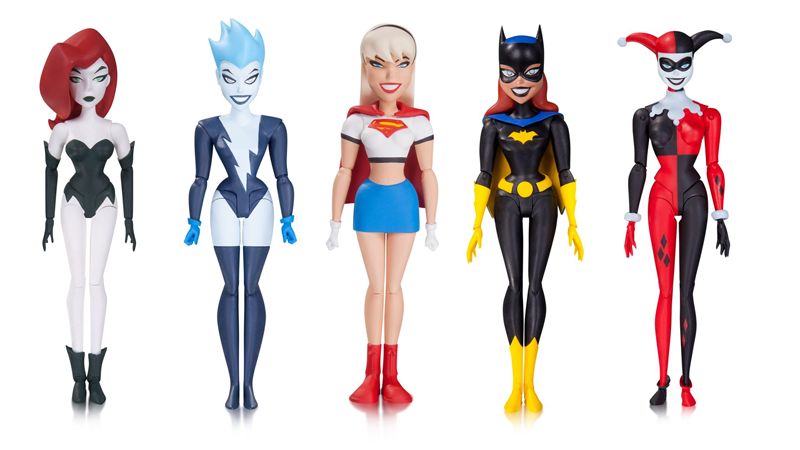 The 'Girls Night Out 5-Pack' Features DC Superheroines and Villainesses

Laura McQuarrie — February 19, 2016 — Life-Stages
References: dccomics & toyland.gizmodo
In order to celebrate some of the most iconic DC superheroines and villainesses, DC launched the 'Girls Night Out 5-Pack' at the New York Toy Fair. The comic characters come from the DC Animated universe and are linked to a cartoon TV episode of the same name.

In the set, there are superheroes like Supergirl and Batgirl, as well as some of the most notorious villains, like Poison Ivy and Harley Quinn.

While there are dozens of superhero action figures that are designed to pay tribute to stars like Superman and Batman, this set of DC superheroine toys gives young girls to a chance to get excited about the comic book universe and all of its heroes and villains by looking to female figures that they can better identify with.
1.9
Score
Popularity
Activity
Freshness