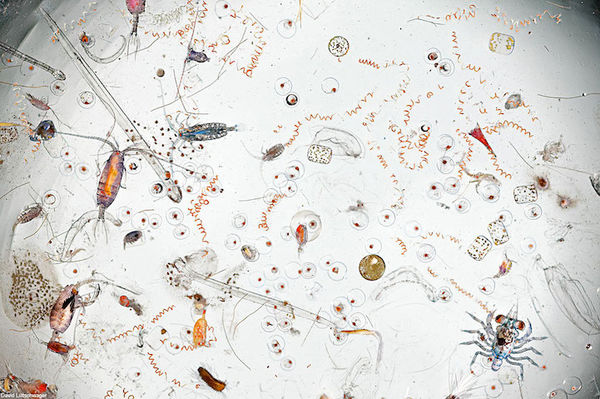 Liitschwager was met with a great challenge. Plankton is miniature and often transparent, making it incredibly difficult to photograph and relay to viewers. By zooming in on the sample 25 times over, he was eventually able to capture fish eggs, larva, algae, marine worms and copepods amid other species.

A petri dish provided the backdrop for this picture. When paired with a bright light, the small creatures were illuminated, hence the images of tentacles, eyes, legs and tiny tails.
0.4
Score
Popularity
Activity
Freshness
View Innovation Webinars