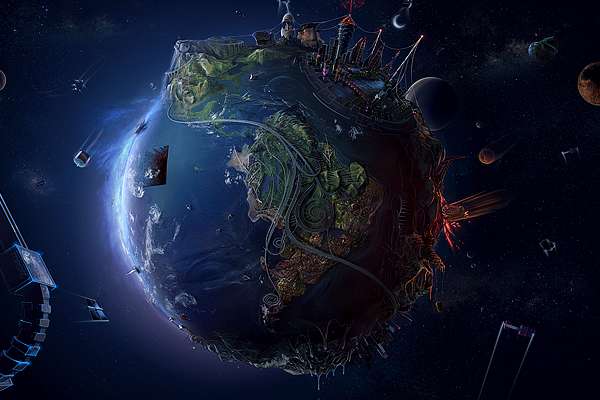 David Fuhrer's Surreal Take on the Future is Sinisterly Inspiring

Jason Soy — May 24, 2011 — Art & Design
References: microbot.ch & inspirefirst
I think the thought of the end of the world has crossed people's minds quite a bit as of late, but David Fuhrer takes it one step further by illustrating how he thinks the world will look like centuries down the line.

As you can see through Fuhrer's illustrations, he believes in a future where human technology will undoubtedly connect continents, while the world itself goes on the verge of personal destruction. Super volcanoes and mega chasms? How are people supposed to overcome that?

On a micro level however, David Fuhrer also illustrates some radical improvements to nature and human life as abodes become surreal and Tolkienesque, with greenery taking on shapes that would make even Salvador Dali proud.
5.5
Score
Popularity
Activity
Freshness

Apocalyptic Metropolises
Andreas Shabelnikov Depicts the End of It All