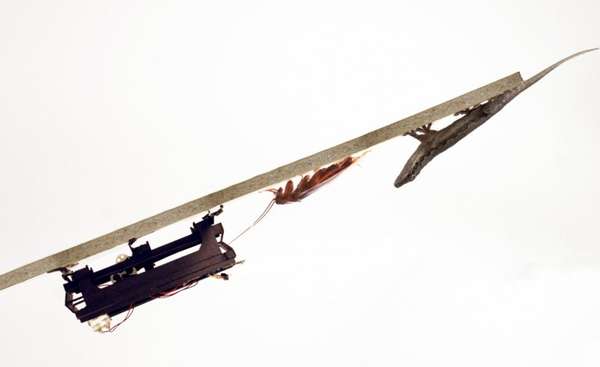 Sarah Moore — June 8, 2012 — Tech
References: newscenter.berkeley.edu & gizmag
The DASH robot was designed to mimic the maneuverability of cockroaches and geckos that can flip over at the edge of ledges to continue their journey underneath of the structure they are walking on.

Developed by biologists at the University of California, Berkeley, the robot was tested and tweaked until it could successfully flip under a table ledge like a pendulum swing when running at top speeds.

Most robots are good at either running or climbing but there are few, if any, that can do both or transition effectively between one motion to another. The ability to easily flip around in this manner will be an important improvement to existing robotic devices.

This development would be a particularly useful improvement on rescue robots as it will allow the device to get to places that may be difficult for humans to enter.
1.8
Score
Popularity
Activity
Freshness