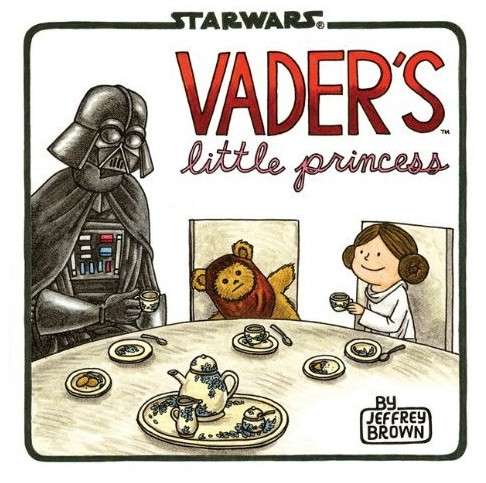 The sequel, Darth Vader's Little Princess, which will be released in May 2013, depicts a rebellious Princess Leia as she reaches her teenage years. Similar to its predecessor, Darth Vader and Son, the Sith Lord tries to play a more present and active role in his children's lives, though how successfully, is determined by the reader.

As Jeffrey Brown creates an impossible world for the two originally fatherless siblings, it's hard not to cackle at some of the ridiculous things that come out of Vader's mouth, despite his new loving nature. The hilarious parody depicts a nurturing playful parent who struggles to, ironically, set his children straight.
4.3
Score
Popularity
Activity
Freshness
Attend Future Festival