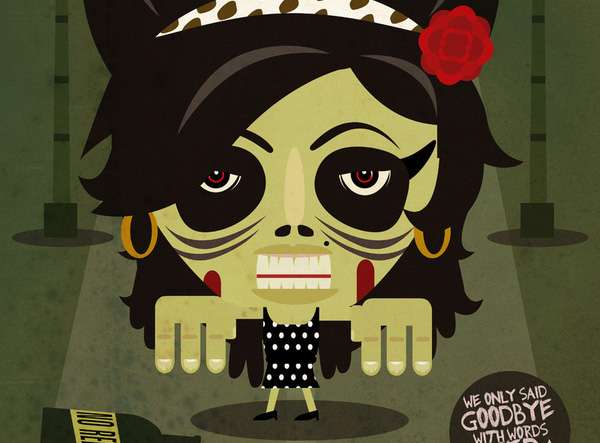 Seen here are Danvinci’s portraits of famous dead musicians, only they’ve been comically morphed into tiny cartoon characters who are also undead brain-eaters. Among those featured are Amy Winehouse, Kurt Cobain, Ray Charles, Whitney Houston and the band Queen. Danvinci has given these prolific songwriters green skin, droopy sunken eyes and various flesh wounds, but somehow, these images still manage to be cute as a button.

Danvinci also has a zombie caricature of the band LMFAO, who stand out in the series as they aren’t dead yet. Perhaps Danvinci’s making an early prediction.