Top 35 Life Stages Trends in May 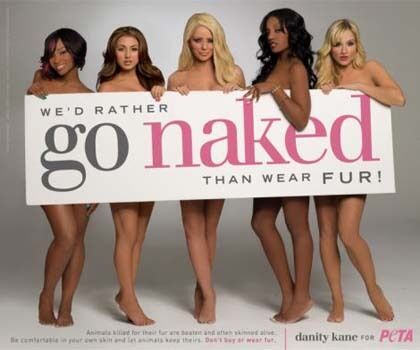 Danity Kane is the latest band formed on the MTV’s Making the Band, now in its fourth season. Aubrey O’Day and D. Woods were kicked out of Danity Kane on the reality show, but not before they could strip down and collectively hide their bare bodies behind a sign that read, “We’d rather go naked than wear fur!”

“Animals don’t have the voice to speak out, and that’s where it’s our place to come in and stand firm with that,” Danity Kane member Dawn Richard said. “And being that we’re artists, we have so much power. A lot is said in these photos, and I always thought that this statement was so beautiful.”