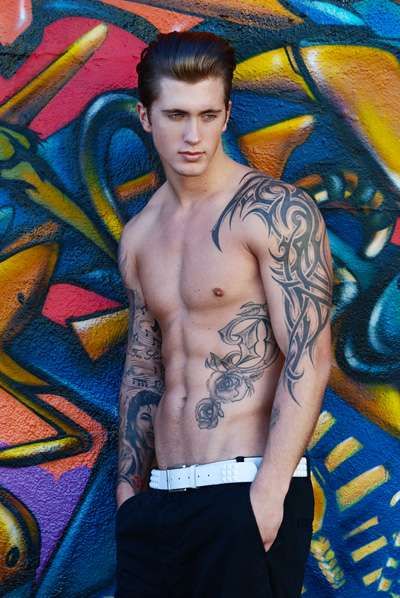 Photographed by Michael Freeby, the model is subdued in in-studio captures and wild in outdoor shots, lensed against a bold graffitied wall. The model's detailed tattoos are juxtaposed against the vivid hues of the painted wall.

While the graffiti has an urban vibe, Daniel's inked body art is more ethnic. Despite their differences, the two canvases are both dynamic, mimicking one another with complementing line work. The Daniel Osborne Male Model Scene exclusive is biker-inspired, putting emphasis on the model's body art and buff physique.
6.1
Score
Popularity
Activity
Freshness
Get the 2023 Trend Report FREE