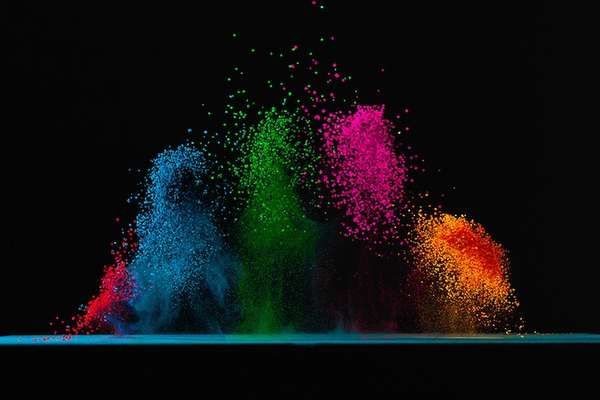 Meghan Young — June 29, 2012 — Fashion
References: fabianoefner & mymodernmet
Share on Facebook Share on Twitter Share on LinkedIn Share on Pinterest
Swiss artist and photographer Fabian Oefner is officially enamored with vibrant hues, which his Dancing Colors series solidifies. First it was his exploration with ferrofluid and water color in the Millefiori series and now he endeavors (quite successfully) to turn sound waves into visual sculptures. He writes, "The idea of the [Dancing Colors] series is to build a bridge between the acoustical and the visual world."

To create the Dancing Colors series, he placed colored grains of salt on a speaker covered with plastic. When the speaker begins to vibrate from the sounds it emits, the plastic vibrates and launches the salt into the air in stunningly choreographed forms for a fraction of a second.
4.4
Score
Popularity
Activity
Freshness
Get the 2021 Trend Report FREE