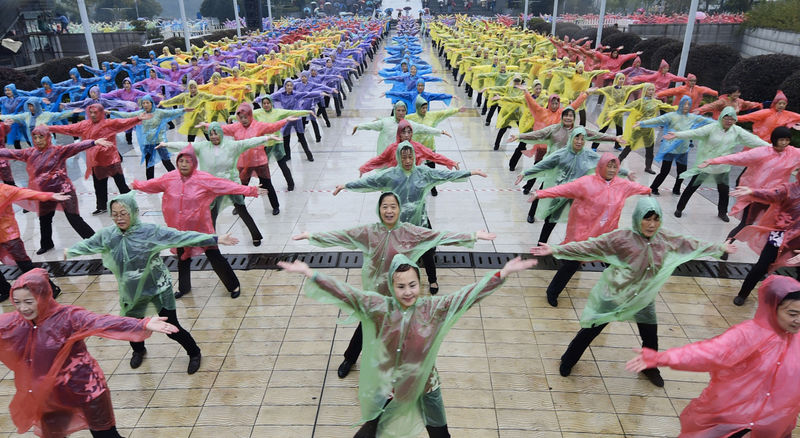 So far, the dancing app contains instructional content (including video tutorials) for 30 choreographed numbers, including a dozen government-approved routines. Due to the noise resulting from such public dances, the Chinese government recently had to pass new regulations.

Imromptu Global Dance Phenomenon
Where The Hell is Matt (2008)
play_circle_filled