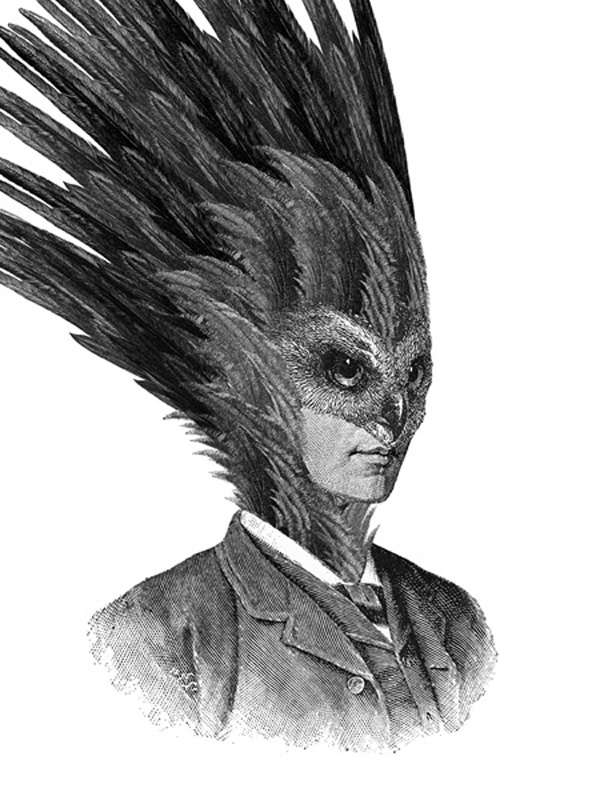 Corinne Guirgis — August 9, 2011 — Art & Design
References: danhillier & trendland.net
Share on Facebook Share on Twitter Share on LinkedIn Share on Pinterest
UK artist Dan Hillier is at it yet again with these creepy illustrations converging elements of human and animal life. Despite their initially dark air, the hybrids are infused with humor, incorporating elements of Victorian culture, a period known for excessive extravagance, and animalistic elements of the natural world. Claiming his images re-write a period in history that was notoriously dark, Hillier's illustrations tell the story of this era through truthful eyes.

The clever humanimal drawings are a one-of-a-kind vision that translate the harsh realities of this glorified era in a way that is easy to understand, sad, yet lighthearted and comical at the same time. This balance of emotion is rare in illustrations, which often fixate on one family of emotions to portray.

Implications - Art that evokes a balance of emotions, especially emotions that oppose each other, is rare, as art often fixates on one family of emotions to portray. Consumers seeking meaning in their art appreciate work that brings out the widest array of emotions from laughter to tears, as it it most meaningful.
1.6
Score
Popularity
Activity
Freshness
Attend Future Festival Virtual