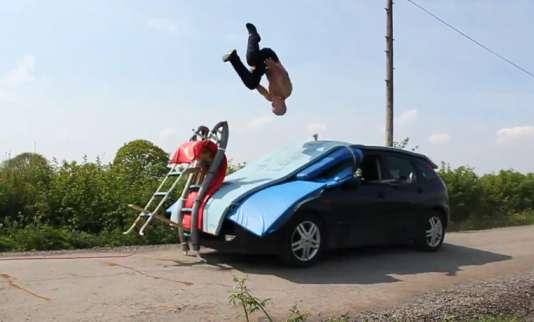 The Damien Walters Reel is Crazy

At times, his acrobatics seem hard to process for the average mortals who just walk everywhere lazily. In defense though, what he does is nothing short of incredible.

Damien Walters tucks himself into bed, gets undressed and even puts a hat on while doing flips that would make a dolphin dizzy. This is just the tip of the iceberg though, because the real fun is when he starts to flip over moving cars. I don't even want to know how he discovered he was capable of doing that.

Watch this video to see Damien Walters at his most extreme, and be prepared to pick your jaw up off the floor at the end of the reel.
2.7
Score
Popularity
Activity
Freshness
Attend Future Festival Virtual