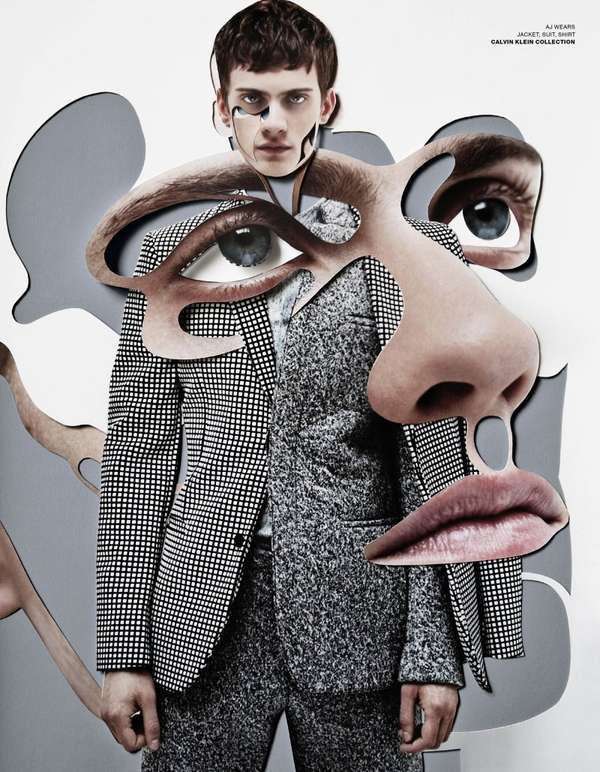 His similar cut-and-paste photography style has appeared in other editorials too, such as the Calvin Klein S/S 2011 'Cut and Paste' collection in the December 2010 issue of Dazed & Confused, and the 'Scissor Sister' in the debut issue of HORST magazine.