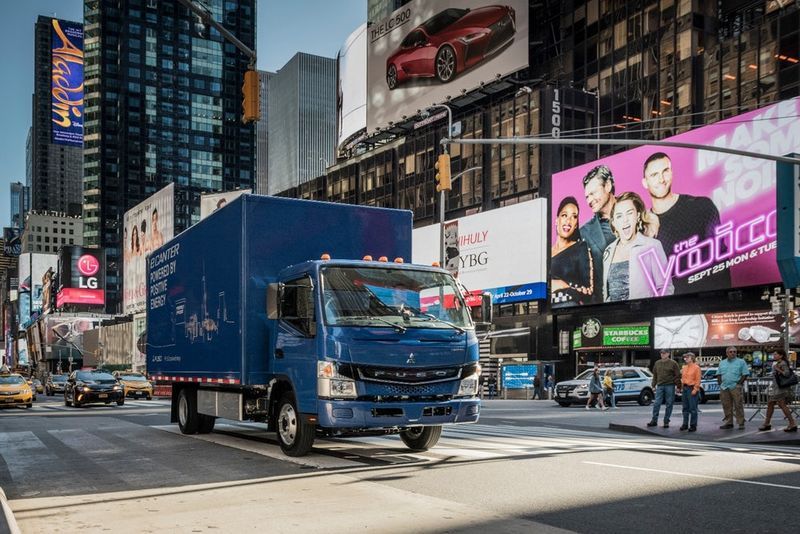 The Fuso eCanter is the First Ever Series Production Electric Truck

Rahul Kalvapalle — September 20, 2017 — Autos
References: media.daimler & motorauthority
Share on Facebook Share on Twitter Share on LinkedIn Share on Pinterest
German automotive company Daimler has unveiled a true trailblazer of a vehicle in the form of the Mitsubishi Fuso eCanter, an electric truck that has already been tested out in Europe and is set to be brought to the U.S.

What makes the Mitsubishi Fuso eCanter such a revolutionary offering is the fact that is the very first production electric truck. Weighing in at six tonnes, this light duty truck is fitted with six battery packs that allow for a combined maximum range of up to 100 km. Daimler estimates that the truck offers $1,135 in savings for every 10,000 km driven, when compared to regular diesel trucks.

While most people think of production electric cars as helping to save the environment, trucks are also widely used and guzzle a lot of gas, which is why Daimler's new electric truck is poised to be a game-changer in electric motoring.
1.6
Score
Popularity
Activity
Freshness
Access Advisory Services