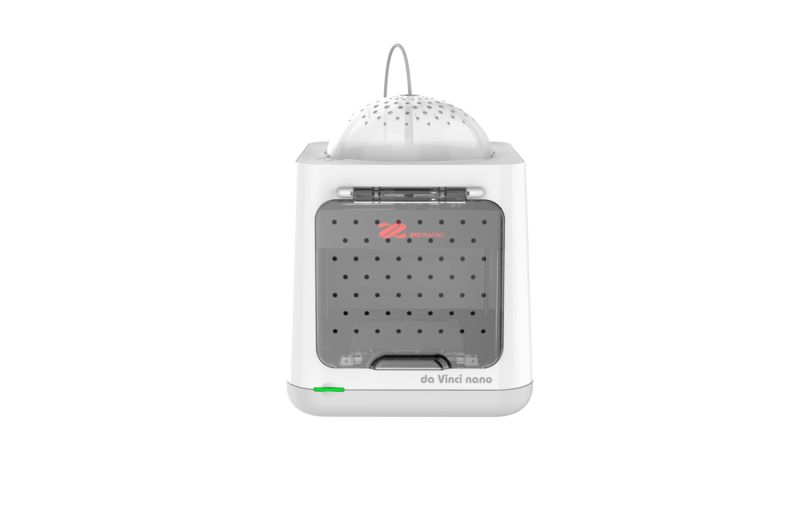 The Da Vinci Code Nano is Compact, Functional and Inexpensive

Justin Lam — January 10, 2018 — Life-Stages
References: xyzprinting & engadget
Share on Facebook Share on Twitter Share on LinkedIn Share on Pinterest
The da Vinci Nano is the newest 3D printer being shown by XYZprinting and looks to be the most cost-effective and easiest 3D printer made thus far. 3D printers have taken the world by storm as of recently and for good reason. The ability to create almost anything is incredibly enticing, but until now, the cost barrier has held many back. XYZprinting is looking to break this barrier down with the da Vinci Nano and hopes to bring 3D printing to the masses. Priced at $229, this portable single-color 3D printer is not just cost-effective, but also packs quite impressive specs. Featuring auto calibration, autofeeding, an enclosed workspace and a compact size, the da Vinci Nano is incredibly impressive when considering its affordability.

The da Vinci Nano will be accompanied by a mobile app that will allow users to print from a tablet and eventually a phone. The 3D printer will also come with introductory software to get people started. The da Vinci Nano appears to be an innovation that will not just entice adults, but also children. The simple-to-use software and accompanying app will make introducing 3D printing to children a total breeze, and can be used to introduce design to children. The da Vinci Nano will be available mid 2018 and can be purchased through XYZprinting.
6.9
Score
Popularity
Activity
Freshness
Jeremy Gutsche Keynote Speaker

Accessible Cubic Printers
Cubibot is an Affordable, User-Friendly 3D Printer for All Ages