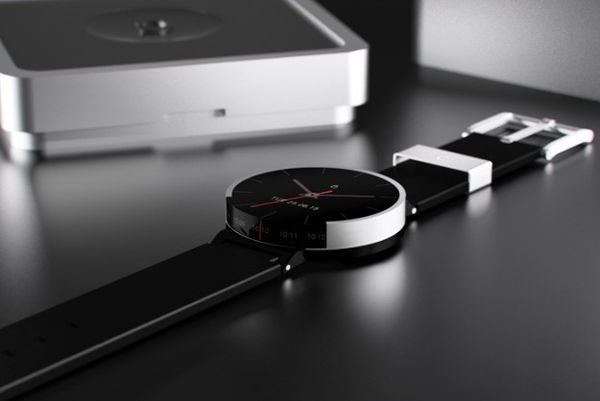 The Cyclus Watch by Holy Tracks Fitness and Interprets Smartphones

Meghan Young — June 9, 2014 — Fashion
References: behance.net & psfk
Share on Facebook Share on Twitter Share on LinkedIn Share on Pinterest
There are a ton of wearable technology being created and marketed to solve a slew of problems, many of which need hardly be addressed on a daily basis; enter the Cyclus Watch. It is a concept that simplifies such devices to act as a better personal assistant throughout the day. Instead of reading emails and making phone calls, the Cyclus Watch simply tracks fitness while also acting as an interpreter for one's smartphone.

Designed by Holy, a design studio based in Athens, Greece, the Cyclus Watch may be multifunctional, but it doesn't get clogged up too easily. Holy writes, “We perceive technology as means to an end, not an end on its own. From that perspective, whilst most design creates elaborate, complex devices, we aim for a discrete yet elegant helper for your everyday needs."
6.3
Score
Popularity
Activity
Freshness
Jeremy Gutsche Keynote Speaker