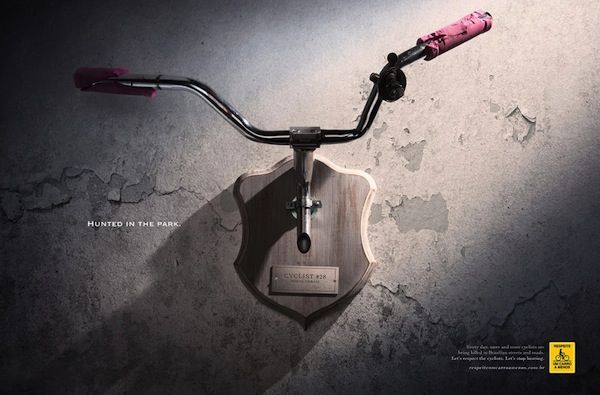 The posters show bicycle handlebars mounted like a deer head would be. It's meant to give the illusion that cyclists are being "hunted" like animals. These posters each read a different location of "kill." One states, "Hunted in the Park," while another states "Hunted on the Road."

In addition to the eye-opening tags, the posters also state, “Every day, more and more cyclists are being killed in Brazilian streets and roads. Let’s respect the cyclists. Let’s stop hunting.” Cycling is becoming more and more popular for ecological and for cost-related reasons in densely populated areas; ads like this would deem helpful in all of them.
5.8
Score
Popularity
Activity
Freshness
Attend Future Festival Virtual