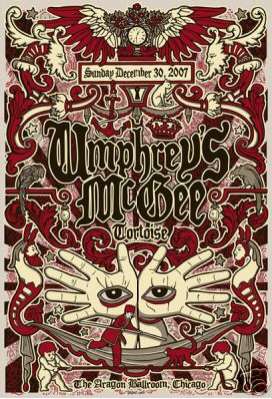 Gregg Gordon is also included in a book called Gig Posters Volume 1, which is a compilation of rock show art from the 21st century.

Implications - Though the 1960s are over, the hippie movement remains prevalent in current pop culture. Today's youth consumer can relate to the search for positivity and freedom, while older demographic groups can actually recall the hippie movement firsthand. Thus, the power of peace and love lives on, making it an ideal strategy for companies that don't want to look like "the man."
2.3
Score
Popularity
Activity
Freshness
Attend Future Festival Virtual

Shattertography
Brock Davis Shatters Everyday Objects That Ought Not to Break