Trick or Treat Spending Stats
Next
Set of
Related
Ideas 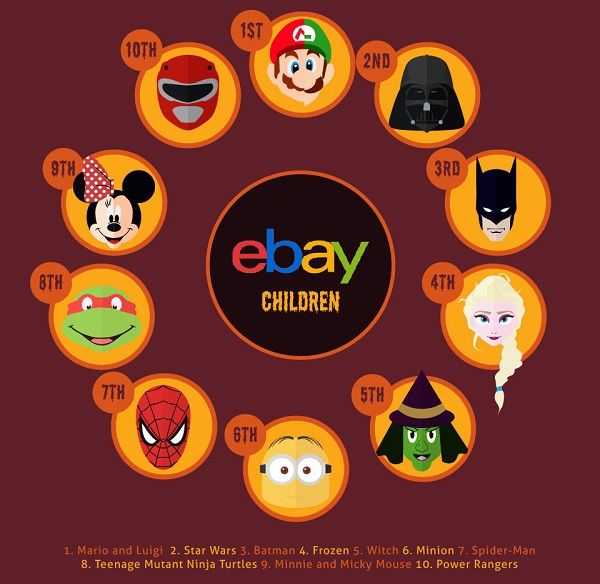 This chart reveals the specific pop culture costumes that are in high demand due to current films and television shows. According to eBay statistics, the number one ranked costume for children is Super Mario Brothers, which means that both Mario and Luigi are tied for first place. Following this classic costume, kids are trying to get their hands on Star Wars and Batman costumes, which is no surprise with all of the anticipation surrounding these unreleased movies.

For adults, the number one most-wanted costume on eBay is Batman, which is closely followed by Elsa from Disney’s movie ‘Frozen.’ This chart concludes that each year the costumes change based on pop culture crazes of the time, but the popularity of Halloween remains strong among children and adults.
1.6
Score
Popularity
Activity
Freshness
Attend Future Festival