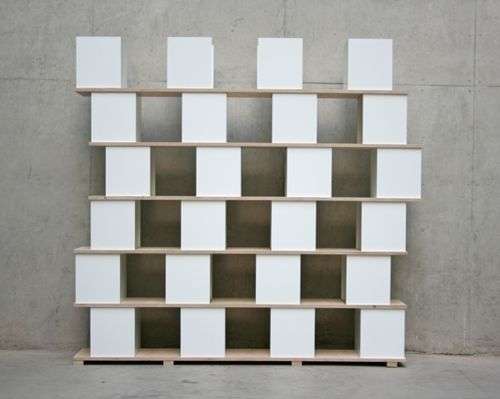 Angles by Cuatro Cuatros is Playful and Slanted

The collection consists of four main pieces. The first one is a modular shelf called 30° that has interchangeable trays with the objective to create different compositions. The second shelf is also a modular unit called 180° that is easy to assemble because it requires no tools. The way it's shaped allows for many combinations and heights. The third piece is a carpet called 0º, and it's composed of parallel black and white lines located in a certain way to look crooked. And finally, the fourth product is a vase titled 90º that depending on the point of view its corners coincide to form a triangle.